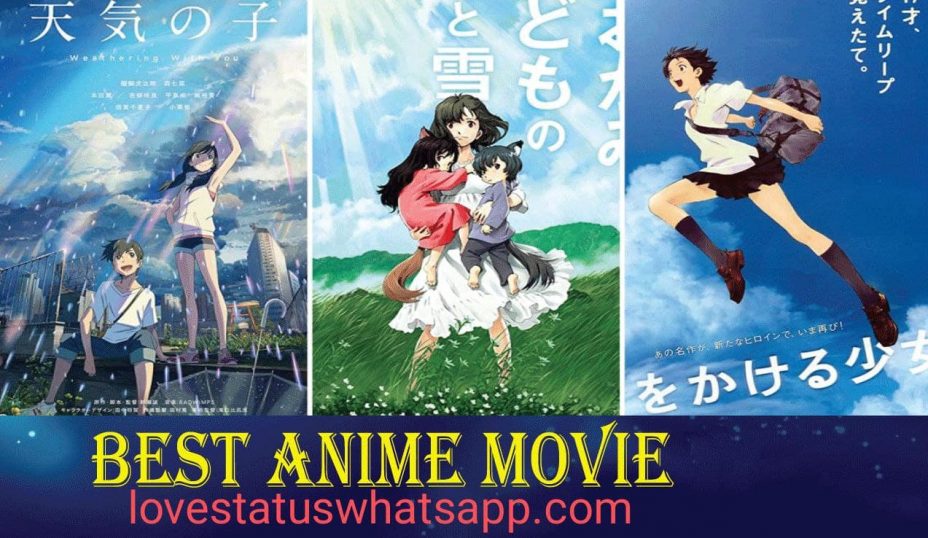 If you like to see The Best Romantic Anime Movies in the love stories genre then this movie is a must-watch for you.

It is a beautiful movie in which a love story has been depicted in a very adorable way.

Here’s a question for you how about confessing your love to your childhood friend? Confused huh? 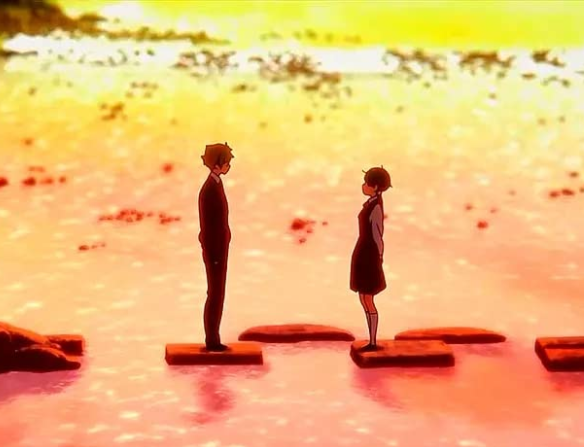 09. To the forest of Firefly lights

Released in September 2011 in Japan

This is the story of a little girl who gets rescued by a spirit in the forest and the spirit gets into love with her.

If you want to see how love could be developed between a human and the spirit.

You must watch these Romantic Anime movies it has a beautiful soundtrack with awesome shots of forest and summer is very delightful and pleasurable to the eyes.

How frustrated would you be when you get to know that you won’t be able to love anybody in your life? 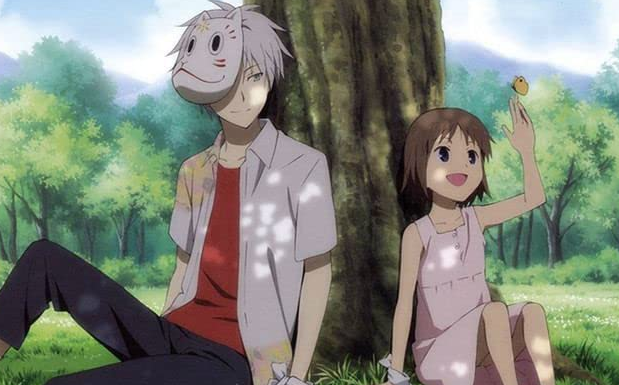 find out more by watching this beautiful love story.
This movie is just 45 minutes long, go and enjoy the beautiful Jungle the beautiful summer, and the breathtaking shots of this movie with Hotaru (the Girl) and Gin (the Spirit)

This is the story of a young girl whose voice has been taken away magically.
The girl becomes the reason for the divorce between her parents because of her boldness. 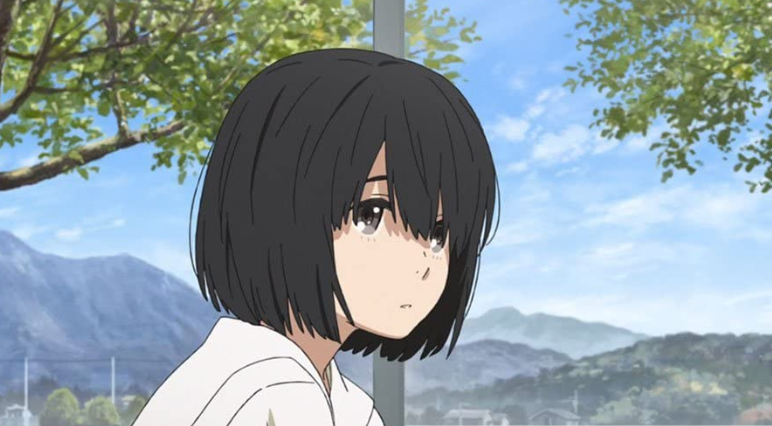 The best part of this movie is its love story, which is so heartwarming and its ending is so lovely that may make you cry and the music is very much simple but still, you will fall in love with it it’s a kind of music anime that’s why I have listed it in the Romantic Anime Movies.

If you like slow fantasy teens love stories then you should watch them once not just for these things but also to enjoy wonderful animation.

Released in 2015 July in Japan

This story is about a 9 years old boy who is stubborn and very lonely in his life.

He has seen so many things, so many ups and downs in his life including losing his mother in an unfortunate accident he has become very much depressed and he never meets anyone and lives alone. 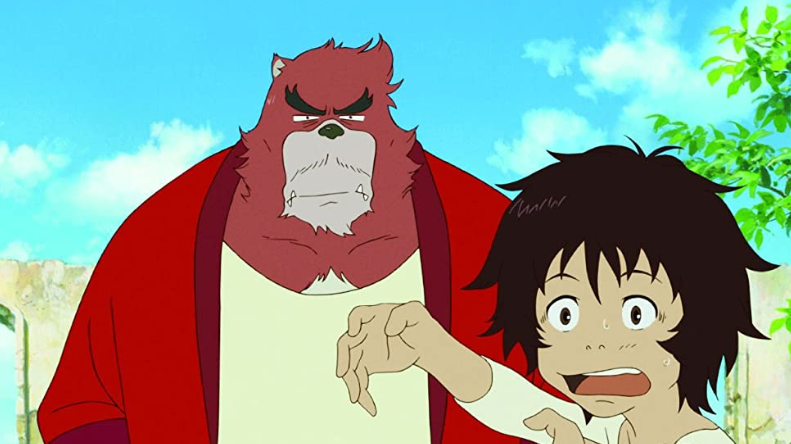 From there starts the friendship of our main boy wren and our second main Hero Kuma, the beast

Since this is one of the Best Romantic Anime Movies I highly recommend this movie not only to children but also to adults.

I highly recommend this movie to one who loves adventure. So if you are into adventure anime movies then you must go for this.

This story is about a 15-year-old boy and a 27-year-old woman. how they meet in a garden while they both face problems in their lives so the boy promises the woman that he will make a pair of shoes for her since the boy was a shoemaker. 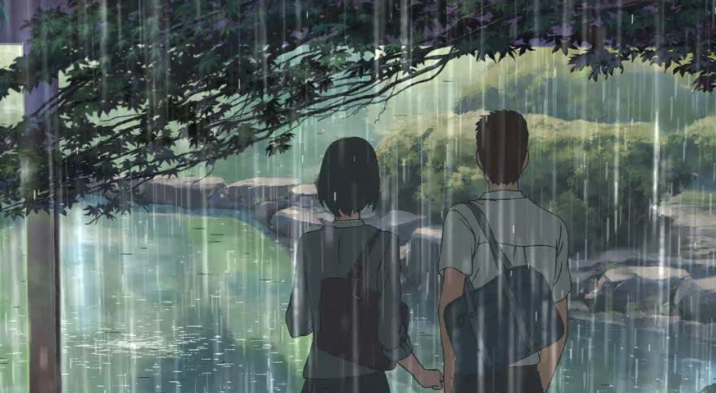 When they see each other in the garden they feel really happy but as the rainy season passes away their relationship starts growing and it becomes more and more complicated.

You have to watch the movie to find out what happens next.

The animation is fantastic, story execution is mind-blowing.
Watch it even if you are not an anime fan.

Visually it is truly stunning and most of the story has been told through its awesome visuals.

Remember one thing this is not a teacher-student love story.

The woman in this film named “Yukino” has also played a teacher’s role in another anime movie called Your Name (Original title- Kimi no Na wa) released in 2017 rated 8.4 on IMDB, Genre is Animation, Drama, Fantasy.

Do watch that credit list, in the end, you will get to see many scenes to see in that portion

in the end, I would say it’s truly a masterpiece by watching it you may probably know why I have kept it on the list of the Most Romantic Anime Movies

05. Grave of the fireflies
(Original title- Hotaru no haka)

This story is about a young boy and his little sister and how they struggle to survive in Japan during World war II. and what happens to their lives after their mother gets killed during a firebombing by America 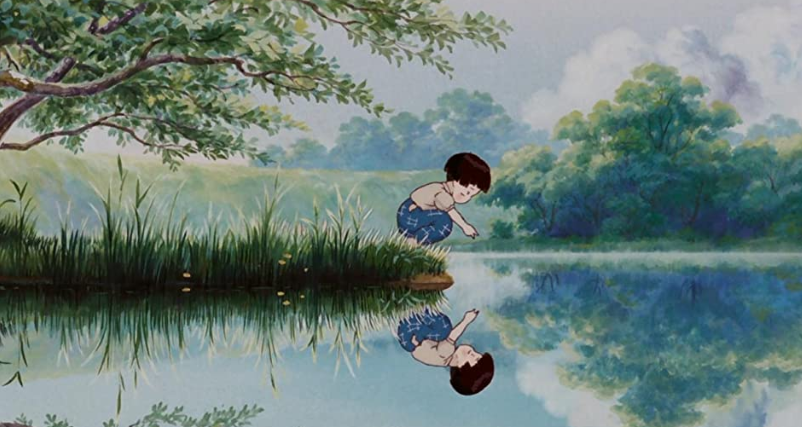 The story is extremely moving and sad.

It may make you very emotional while watching this movie so be ready for it. you maybe won’t see the happy ending here like in Disney or Pixar films.

But you will get something to learn here like why war should not happen and what happens to normal people’s lives if war takes place.

It may change your perspective on the world this movie has changed the life of many people and their viewpoints.

In the end, I would say that this is one of the best anime movies based on war and you must watch it

The story of this anime revolves around a child’s innocence & her pious love.

While shifting to their new house a family finds something mysterious on the way and the little girl reaches the world of unknowns. 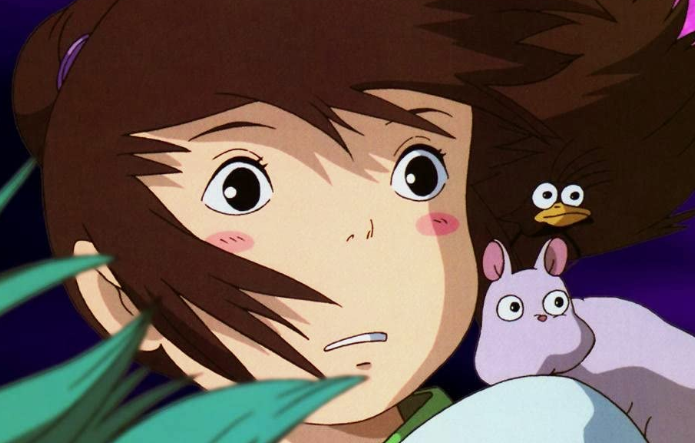 where rule the God spirit the witches the demons.

it was devastating for her to find that her parents have been converted into new creatures, which means now they are not humans.

This film has been made by Miyazaki. people also call him God Father of Japanese anime movies.

The animation of this film has been made by studio ghibli, the studio is very famous for making animation movies.

the movie is visually stunning and fed with so many imaginative characters that you will ever see the music is awesome and the story is mind-blowing. 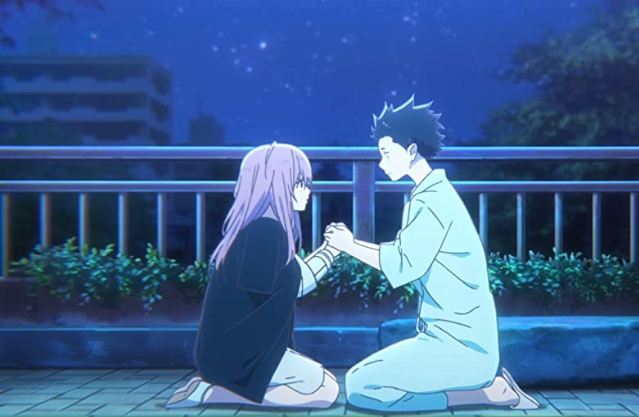 What will be your opinion on bullying someone in your school or college? I think school and college bullying is present everywhere and you may or may not know the consequences of it.

If you want to know what happens after it since this is a story of redemption for a boy when he meets a new girl in his school and bullies her. you must watch this movie

Maybe you find this movie sad and heartwarming

I recommend these movies, you would love it.

LovestatuswhatsApp.com is a status video website from where our users’ can watch and download free Status videos. Love status, Happy Status, Sad Status, Funny Status and many other Status in various languages.